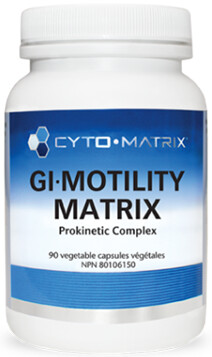 Many people believe that the health of the gastrointestinal tract is the best indicator of an individual’s overall wellbeing. Indeed, the human digestive tract is a key modulator of the immune system and it is responsible for not only absorbing nutrients from food but also eliminating hormones, food waste and other metabolic byproducts. If this system slows down, such as in cases of functional constipation, it can indirectly have a negative effect on all of these systems. In severe cases, sluggish bowels can contribute to a complicated syndrome known as Small Intestinal Bacterial Overgrowth (SIBO).

SIBO can occur as a result of many inciting factors and the healing process is complex. However, at the core of its presentation, there is decreased function of the migrating motor complex (MMC). The MMC is an entity of the enteric nervous system responsible for promoting peristalsis in the smooth muscles of the digestive tract. Proper recovery from SIBO requires repair of the MMC and not simply stimulant laxatives. Fortunately, various nutrients have demonstrated promising results in reactivating this connection between the nervous system and the gastrointestinal tract.

One therapy with promising clinical trials as a prokinetic agent is a proprietary blend of Zingiber officinalis (ginger root) and Cynara cardunculus (artichoke root) that has two human clinical trials for improving digestive function. A double-blind placebo-controlled randomized study found that this combination therapy significantly improved symptoms of functional dyspepsia such as epigastric fullness, bloating, early satiety, nausea, vomiting and epigastric pain after both 14 and 28 days. A second trial found that the patented blend of ginger and artichoke improved gastric emptying after a meal by 24% in healthy individuals as per endoscopic evaluation. These effects on gastric emptying seem to be mediated by gingerol’s activity on cholinergic and serotonergic receptors, in combination with artichoke root’s antispasmodic and choleretic action.

Considering that ginger facilitates gastric emptying and stimulates the migrating motor complex by modulating serotonin, it only stands to reason that other agents designed to increase serotonergic activity may also be useful for improving gastrointestinal motility. As a matter of fact, both 5-hydroxytryptophan (5-HTP), the key precursor molecule to endogenously build serotonin, and vitamin B6, an essential cofactor in
this same process, have been used to encourage the rebuilding of the migrating motor complex.

Zinc has been identified for its ability to support the vagus nerve function. The vagus nerve is the most potent promoter of the parasympathetic nervous system which is responsible for “rest and digest” functions such as peristalsis. Zinc also supports epithelial barrier function, gastric acid production and aids in digestive concerns such as diarrhea.

Acetyl-L-Carnitine is commonly used for boosting cognitive function through its ability to cross the blood-brain barrier and enter the central nervous system. However, carnitine is beneficial for many organ systems. Low carnitine levels in the body have actually been correlated to increased incidence and severity of constipation. Carnitine supplementation has been studied to reduce the severity of constipation in those suffering from poor gut motility and, therefore, is a reasonable nutrient to consider in those recovering from SIBO.

GI-Motility Matrix by Cyto-Matrix provides a well-balanced blend of herbal extracts and nutrients to promote proper gastric emptying and gastrointestinal motility. GI-Motility Matrix includes the patented and researched blend of artichoke extract and ginger extract, with additional 5-HTP, zinc, vitamin B6 in its active pyridoxal-5-phosphate form and acetyl-l-carnitine. Collectively, GI-Motility Matrix is an essential formulation for any SIBO recovery protocol, constipation, dyspepsia or irritable bowel syndrome.