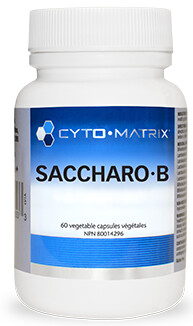 The human digestive tract contains a delicate balance of varied bacteria and countless microorganisms. Stressors such as new environments or antibiotic treatments can destroy this delicate balance and can cause intestinal complications such as diarrhea, pain and discomfort. This is a major problem for many hospitalized patients exposed to an environment with many pathogens and multiple antibiotics, or travelers exposed to foreign bacteria. Saccharomyces boulardii is a safe and effective intervention to restore microflora balance and treat these digestive concerns.

Saccharomyces boulardii is a healthy, non-pathogenic yeast that helps to alleviate diarrhea, pain and discomfort in those with specific digestive concerns. Research has shown that Saccharomyces boulardii is an effective prophylactic approach for traveler’s diarrhea when visiting foreign countries. It is also shown to decrease the risk of clostridium difficile infections that often occur in hospital environments.

In a double-blind, placebo-controlled study of patients undergoing antibiotic therapy, the rate of patients suffering from antibiotic-associated diarrhea was 6 times higher in the placebo group than in the Saccharomyces boulardii group. Clinical trials have also found that Saccharomyces boulardii can significantly reduce the risk and duration of diarrhea in children with acute gastroenteritis.

Cyto-Matrix’s Saccharo-B contains 250mg of the beneficial yeast Saccharomyces boulardii per capsule, guaranteeing a minimum of 5 billion live organisms. This allows for a safe and effective approach under gastrointestinal distress. Saccharo-B is the most specific and well-researched probiotic for antibiotic associated diarrhea, clostridium difficile infections and traveler’s diarrhea.