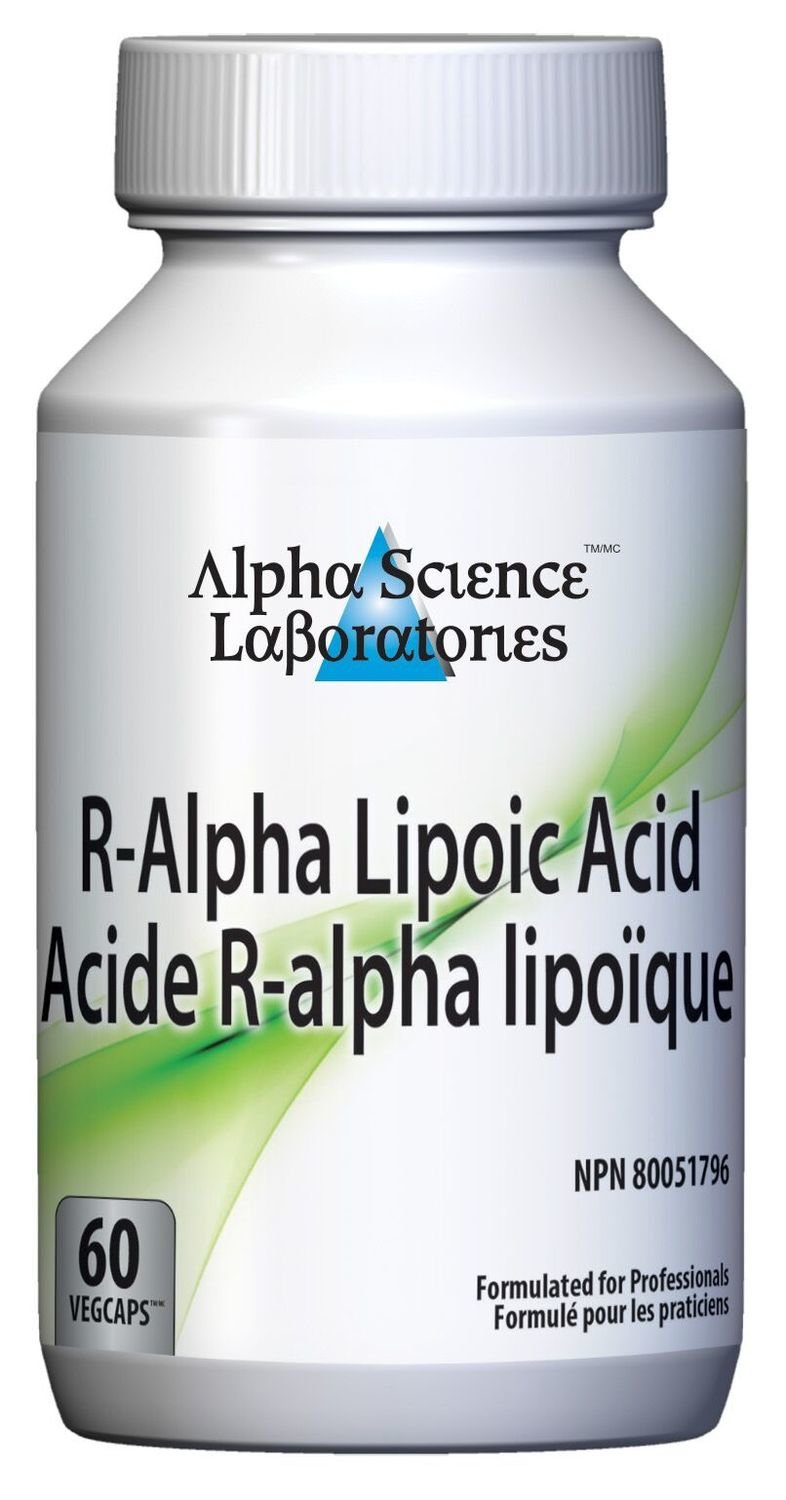 Suggested dose for adults: 1 capsule 2-3x daily on an empty stomach or as directed by your health care practitioner.

Primary action: R-Alpha Lipoic Acid is a coenzyme used in energy production in cellular metabolism and functions as an ideal antioxidant.

R-Form Benefit: Conventional chemical synthesis of lipoic acid yields a mixture of R- and S-enantiomers. Lipoic acid from Alpha Science is processed in such a way as to yield the active R- isomer only with purity guaranteed to be higher than 99%.

As an antioxidant, R-alpha-lipoic acid and its reduced form dihydrolipoic acid (DHLA), activated metabolically from lipoic acid, are strong reductants that can regenerate oxidized ascorbate, glutathione, coenzyme Q10 and vitamin E. Hence, the idea of an “antioxidant network”. In addition, lipoic acid has
both water-soluble and membrane-soluble characteristics, enabling it to reduce oxidized antioxidants at the lipid/water interface.

R-alpha-lipoic acid also acts as a metal chelating agent which explains the usefulness of lipoic acid for the detoxification in heavy metal poisoning.

R-alpha-lipoic acid is also indicated for several pathologies that include: