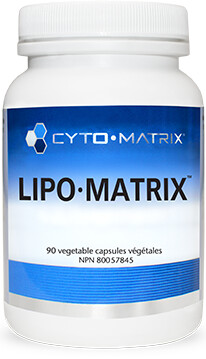 Cardiovascular disease is one of the leading causes of death in Canada and often referred to as the “silent killer” because of its lack of symptoms during disease progression. However, important cardiovascular risk factors have been identified such as imbalanced cholesterol levels, elevated triglycerides and excess homocysteine. In addition to a healthy diet and regular exercise, specific nutrients and herbal extracts are beneficial in the support of these markers and a healthy cardiovascular system.

Policosanol is a mixture of long-chain saturated alcohols derived from the waxes of plants such as sugar cane and yams. The beneficial effects of policosanol on cholesterol have been explored in dozens of human clinical trials and it has been found to be effective for lowering total cholesterol, reducing low-density lipoprotein (LDL) and raising high density lipoprotein (HDL), without significant effects on triglyceride levels. Policosanol is ultimately a safe and well tolerated option for lipid balancing even in populations with high use of concomitant medications.

Guggulsterones are the active medicinal component found in the gum resin of the mukul myrrh tree. Guggulsterones have the demonstrated ability to effectively lower triglyceride levels by 10-20%, in addition to reducing total cholesterol levels. In fact, research has shown that guggulsterones are as effective as the prescription medication clofibrate in lowering cholesterol and triglyceride levels in the blood. Supplementation with guggulsterones has also shown to reduce inflammation in the body as indicated by lowered C-reactive protein levels.

Homocysteine is a normal metabolite of the methionine cycle, yet elevated levels of this metabolite can increase the risk of coronary artery disease. Hyperhomocysteinemia adversely affects endothelial function, vascular smooth muscle cells, connective tissue, clotting factors and platelets. For this reason, it is important to effectively support the recycling of homocysteine into methionine or its conversion into cysteine. This is achieved by ensuring adequate levels of folate, vitamin B6, vitamin B12 and trimethylglycine.

Lipo-Matrix by Cyto-Matrix offers an evidence-based blend of these botanical extracts and nutrients to aid in overall cardiovascular disease management.