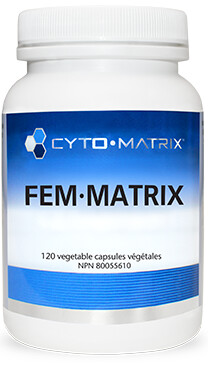 The transition into menopause can be a difficult time for many women as hormone levels dramatically and rapidly decline. Hot flushes are by far the most commonly reported symptom as the body’s thermoregulatory system becomes poorly controlled with blood vessel dilation in the skin. However, hormonal changes can also cause changes in mood such as anxiety or depression, as well as cognitive adjustments that present as poor concentration, memory and attention. While exercise and a healthier diet have been proven as integral strategies to ease these symptoms, many natural treatments can also help with the menopausal transition.

Phytoestrogenic herbs such as angelica sinensis, actaea racemosa and trifolium pretense have demonstrated various reductions in hot flashes and menopausal symptoms, partly as a result of their ability to weakly bind estrogen receptors. Actea racemosa also has phytoestrogenic activity but may act more centrally on the brain and positively affect serotonin, dopamine or opiods. Although mixed research exists for the effectiveness of phytoestrogenic herbs in treating hot flushes, positive trials tend to favour extracts with standardized active ingredients or higher potency.

Other herbs can be beneficial in easing menopausal symptoms because of mechanisms outside of estrogen. For example, vitex agnus-castus, commonly known as chastetree, acts more as a progesterogenic herb while diascorea villosa is a well-known antispasmodic herb. Hypericum perforatum is best known for its ability to regulate mood and improve symptoms of depression but it has also been demonstrated to reduce the severity of hot flushes in menopausal women.

Fem-Matrix by Cyto-Matrix combines a blend of these research-driven herbs to reduce symptoms of perimenopause and menopause, including hot flashes. Each herb is in a highly-extracted form and standardized to active ingredients to ensure potency and effectiveness. Fem-Matrix also includes the bioflavonoids quercetin and hesperidin to improve the integrity of blood vessels and reduce hot flashes.