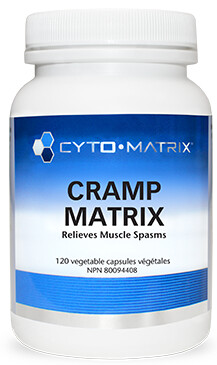 Acute and chronic pain both involve a number of interplaying physiological mechanisms involving the nervous system, musculoskeletal system and immune system. While the most targeted pathways involve inflammation and pain receptors, smooth and skeletal muscle spasms are often involved. Clinically, there are a number of herbal preparations that can target these cramps and reduce pain.

For example, Viburnum opulus, more commonly known as cramp bark, is a herb that has traditionally been used to relieve all sorts of cramping, including abdominal muscle spasms and spasms associated with menstruation. Scutellaria lateriflora, commonly referred to as skullcap, is another traditionally used herb for its anti-spasmodic actions, yet there are many other evidence-based herbal remedies that have shown promise for the relief of cramps and spasms. Ginger is a prime example.

Many people associate ginger with its anti-nausea capabilities, but it has actually been studied extensively in the treatment of dysmenorrhea. Multiple trials confirm that ginger can effectively reduce menstrual pain when taken for the first 3-4 days of the menstrual cycle. In fact, ginger has been shown to be as effective as various anti-inflammatory medications such as ibuprofen or as a promising adjunctive therapy to NSAID medications. Additionally, research trials have found that ginger may decrease exercise-induced muscle soreness, improve post-exercise recovery, reduce migraine severity and duration, and reduce joint pain in osteoarthritis sufferers.

Cassia cinnamon is another herb that has been studied for its ability to improve dysmenorrhea symptoms. Multiple studies have shown that cassia cinnamon is capable of reducing the severity of menstrual pain, associated nausea and vomiting, while also reducing the amount of menstrual bleeding. Similar to ginger, cinnamon has been studied head-to- head against NSAID medications and shown to be just as effective with an impressive safety profile.

Finally, Foeniculum vulgare, also known as sweet fennel, is not just an effective remedy for digestive concerns such as constipation and irritable bowel syndrome. Indeed, fennel’s antispasmodic abilities provide these benefits, but it also has analgesic and anti-inflammatory properties which may collectively help to explain its effectiveness in clinical trials for reducing pain in dysmenorrhea.

Cramp Matrix combines traditional antispasmodic herbal extracts such as Viburnum opulus and Scutellaria lateriflora with evidence-based herbs such as Zingiber officinale, Cinnamomum aromaticum and Foeniculum vulgare in high-potency extracts and standardizations. Additional nutrients such as magnesium and vitamin B6 round out the formula for muscle relaxation and neurotransmitter regulation to modulate pain perception, respectively. Magnesium is delivered as an amino acid chelate for optimal stability and absorption, while vitamin B6 is included in its active pyridoxal-5- phosphate form.